Sudoku on your Mobile Phone

Sudoku addicts who can't find a pencil can now play on their phone! 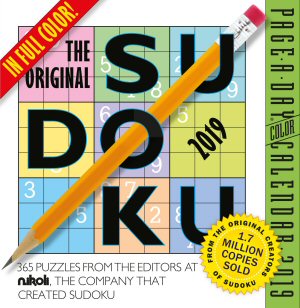 Sudoku Gift Ideas
for Christmas 2018
Sudoku Quotes and Tips
I don't think the crossword puzzle will ever disappear. I don't think Sudoku will either.
Wayne Gould, Father of the current Sudoku craze.